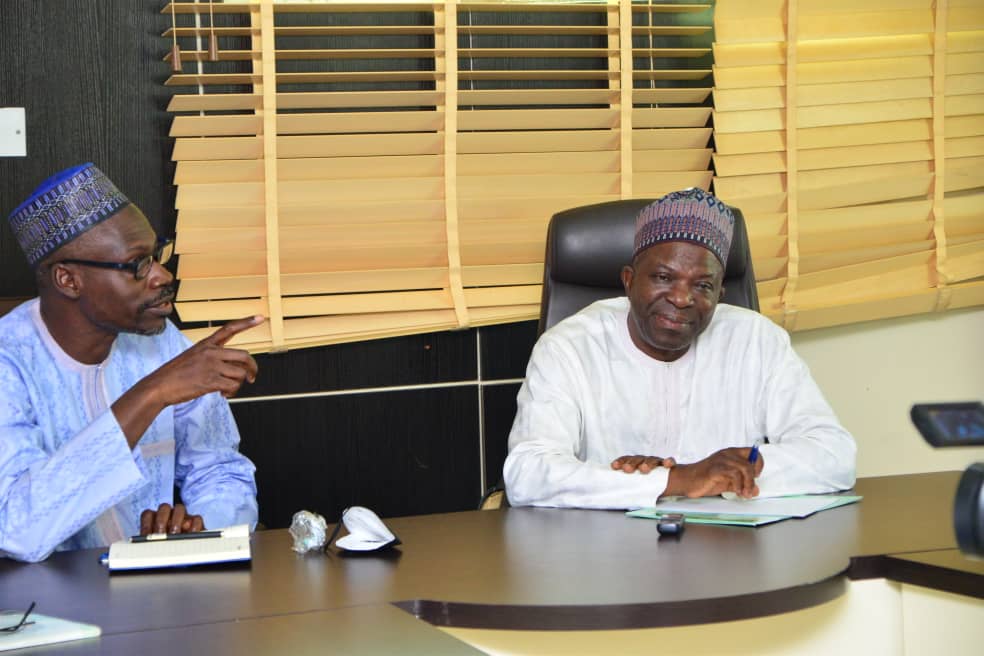 The Director General of the National Space Research and Development Agency (NASRDA) Dr. Halilu Shaba has stressed the need for inter-agency collaboration between relevant stakeholders for National development.

Dr. Shaba made this call when he led the management team of NASRDA on a courtesy visit to the Headquarters of the National Boundary Commission (NBC) in Abuja.

The NASRDA boss emphasized the need for the development and deployment of satellite technologies which will monitor and provide relevant data on our boundaries and locations for effective policy formulation and implementation.

He further stated that the Space Agency as a team player is willing to supply the support services that are needed by the National Boundary Commission in carrying out its constitutional responsibilities in line with its stipulated mandate.

Dr Shaba also stated that the validation of the ward boundaries for good governance through the Geo-referenced Infrastructure and Demographic Data for Development (GRID3) programme which is anchored by the Space Agency can only be achieved by a sustained synergy with relevant stakeholders like the Commission which is expected to play a significant role in its actualization. 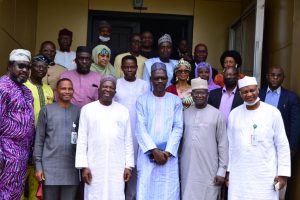 He described satellite technologies as the chronicle of the earth which has the ability to provide complex data for boundary related issues that generate strife and crisis that are usually along inter-community, inter-local government and interstate lines. He opined that this will to a reasonable extent provide relevant solutions to the problems that usually arise at a reduced cost.

In his remarks, the Director General of the National Boundary Commission, Surveyor Adamu Adaji identified the Space Agency as a strategic partner in the realization of the Commission’s mandate which is basically determination of boundary related issues.

He further stated that most Nigerian boundaries were determined by the colonialists during the nineteenth and twentieth centuries with numerous challenges that required proper and effective boundary re-visitation as suggested by NASRDA.

Dr Adaji appreciated the efforts of the Space Agency in the deployment of its space technologies and capabilities at a time when it is highly needed especially for the resolution of boundary disputes through adequate allocation and delineation of such disputed areas.

He pleaded with the management of the Space Agency to organize training and re-training programmes for its members of staff in Geo-Information System (GIS) that allows for proper understanding and definition of our maritime and land boundaries for the collective economic benefit.

In his contributions, the Acting Director, Strategic Space Application Department, NASRDA and Chairman Project Implementation Team GRID3 Dr. Mathew Adepoju, identified GRID3 project as the platform provided for spatial data users where they get relevant information especially as it relates to demarcations and other boundary issues.

While emphasizing the need for a sustained synergy between both institutions, Dr Adepoju said the project was aimed at developing the fourth layer of the Nigerian boundary arrangement which is referred to as ward boundary system. 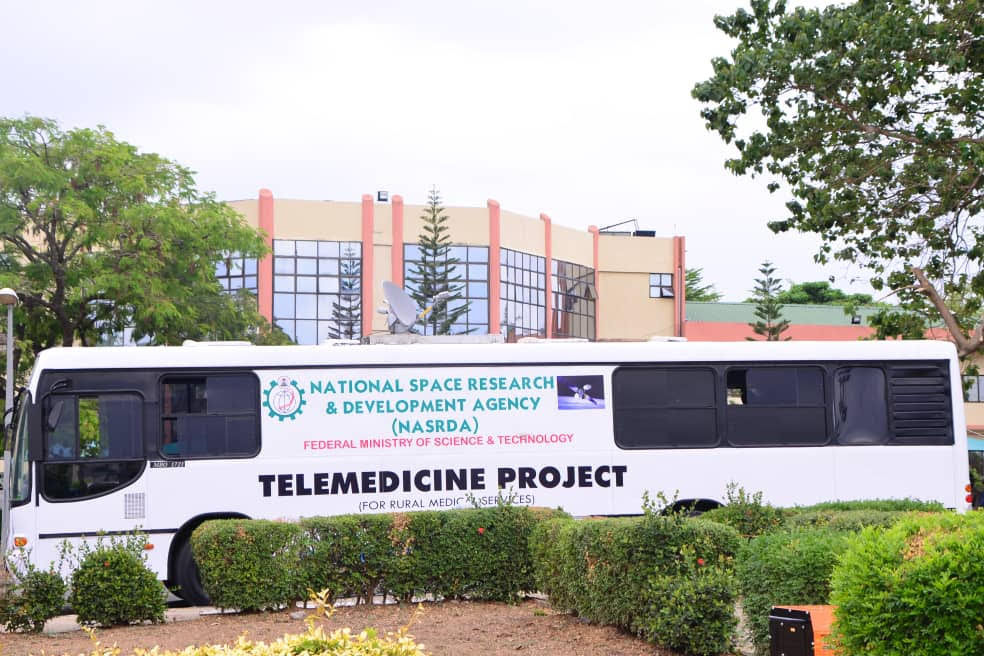 NASRDA rolls out Telemedicine Project to combat covid-19 in Nigeria 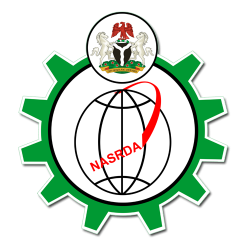 Press Release – On Reappointment of Minister